Posted by Grapevine Grooves on Dez 6, 2011 in Artists | One Comment 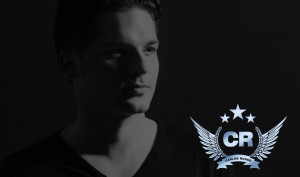 Carlos Russo‘s first single “Massive Joy” in 2008 was a big success for this young and talented DJ & producer. It has been played by worldwide radio stations and DJs. This wonderful summer song has also been remixed by famous producers like Thomas Gold, Big World & Denis the Menace and more!

With his second single called “Endless Love” in 2009 and the remix by Leventina he already stormed the Beatport house charts and has been played in many radio shows like Defected Radio, Toolroom Knights Radio, Release Yourself and more. These two singles have been released by Enormous Tunes Records, Switzerland. After this Carlos Russo founded in 2010 his own Record Label called MJOY Records where he also released many new singles.

In September 2011 he released his single called „Wonderland“ on Housesession Records Germany. The song with the singer Noe has been remixed by Jason Chance, Matan Caspi, Incognet and more well-known producers. Carlos Russo as a DJ has already played for the most famous event labels of the world, for example Ministry of Sound, in Bed with Space, RED Sessions, Circoloco or Freakish on MTV where he played beside many international Star-DJs! He’s always working on new projects with big artists in the scene and looking for new good Record Labels.

So stay tuned for the upcoming stuff by this talented producer from Switzerland.

Get in touch with Carlos Russo online: