Posted by Grapevine Grooves on Dez 5, 2011 in Artists | No Comments 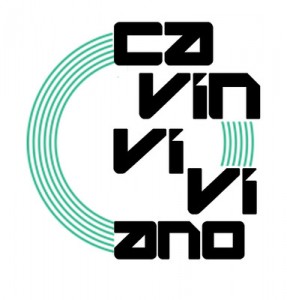 Cavin Viviano a.k.a. Ivanovic Ivan is a producer and DJ from Serbia. He works with big Swedish house influence. His tracks are filled with melody, big breaks and synths.
His professional work starts in 2010 when he released his first EP (Teenage Dream) on Bikini Records with some very good feedback..After that he settled in Bikini Records and do some rmxs for DJ Flore and Enzo Il Poeta.
In late 2010 he release second EP for Bikini Records named “Expedition”.
Then comes biggest rmx work with Manuel Baccano for Darren Bailie (GuruProject). They do 2 big rmxs with release date at summer 2011.
In 2011 he stars with 2 EPs.First is “Don`t Look Back” for Dave Floyd`s Ambasada Records and second is “Omega” (Bikini Records)as part of Bikini`s WMC Compilation.
Cavin collaborate with very good young producers from Serbia like Skinny, , Durk Symon,Dave Floyd Mark K,Filip Fisher,DJ Mistake,D.R.A.M.A and etc. and some international producers like Darren Bailie,Stereo Palma, Manuel Baccano, DJ Flore, Sebastian Roter, Agent Q, Steve Lade, and many others…
In late 2010 he stars collaboration with Jelly For The Babies,first on some rmx projects and then on some originals too. “New Zealand” (Exklusive Records) from this duo get support from Toolroom,Spinnin Records,Dim Chris,Kid Massive,VIDISCO and etc.This release came out on DJ Exklusive compilation with big names like TFC, Chocolate Puma, Sandy Rivera, Axwell, Starkillers, Manuel De La Marre, Nicky Romero etc.
Their next original is “Op Op” (Cristal Sound Records) with support from Manuel De La Mare,Vlada Asanin,Baggi Begovic etc.They do some rmxs for Stereo Palma,D.R.A.M.A,GT and DJ Mistake.
Cavin`s plan for 2011 is to publis first LP in June for Bikini Records with some old tracks and some fresh sounds.

Get in touch with Cavin Viviano online: